Hello and welcome to the Hall Costume Contest! Please read through the rules as many things have changed since last year!

The Hall Costume Contest is a contest that deals specifically with the quality and workmanship of the costume itself. There is no performance element - it is a quiet scheduled judging session where you speak to the judges and tell them about the details of your work.

Awards are presented following the Masquerade Saturday Night and you will also have the option of showing off your costume in a catwalk onstage. 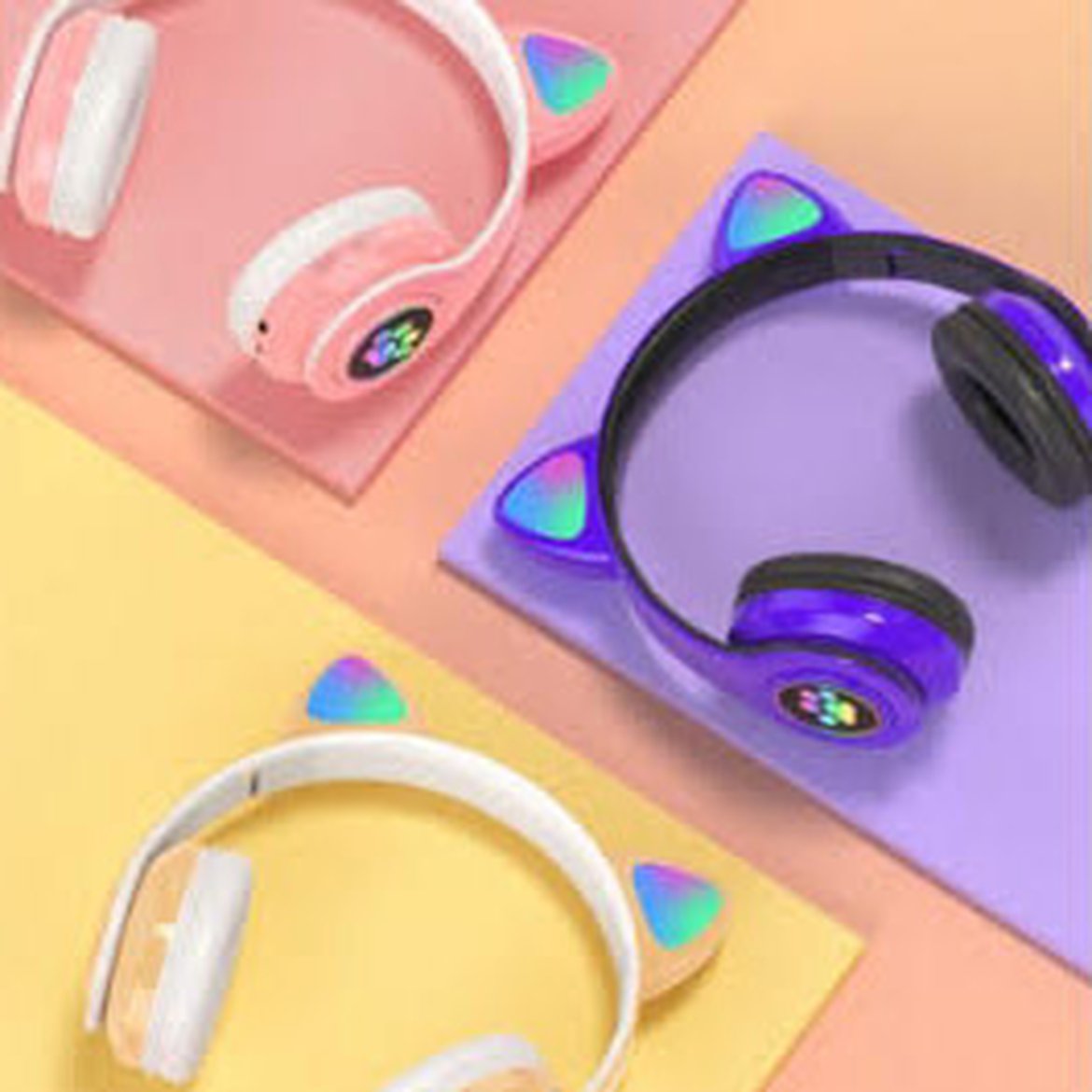 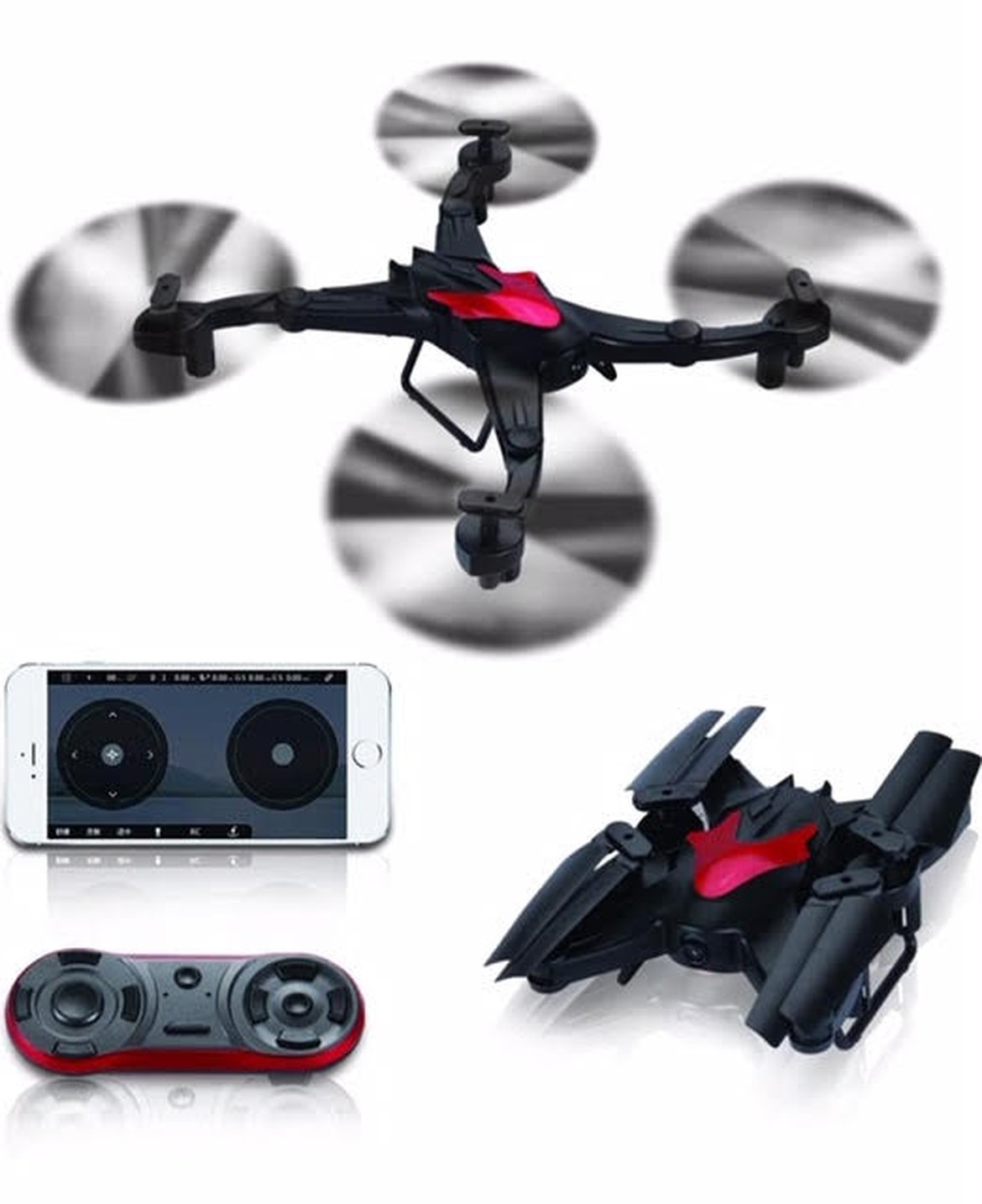 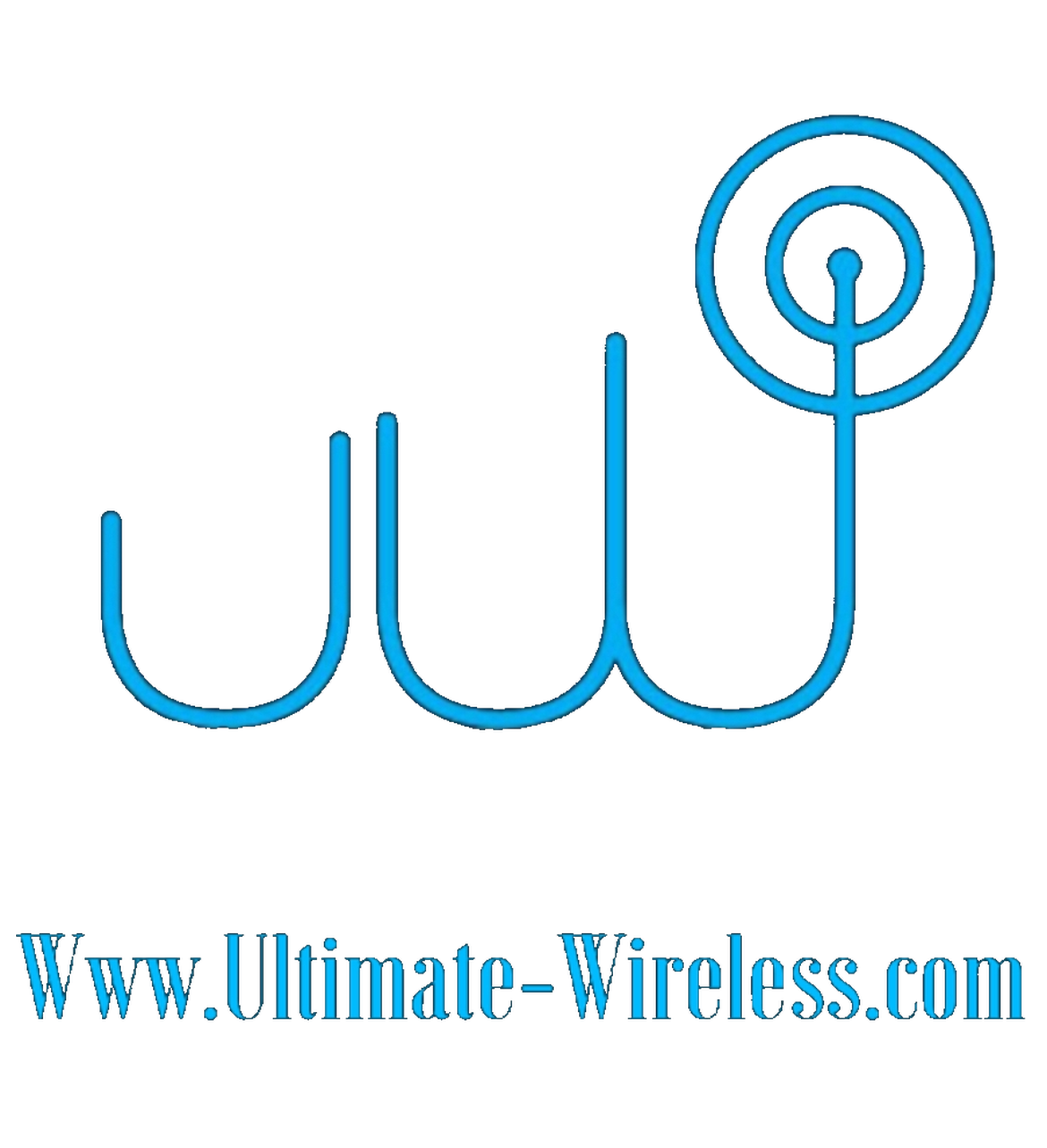 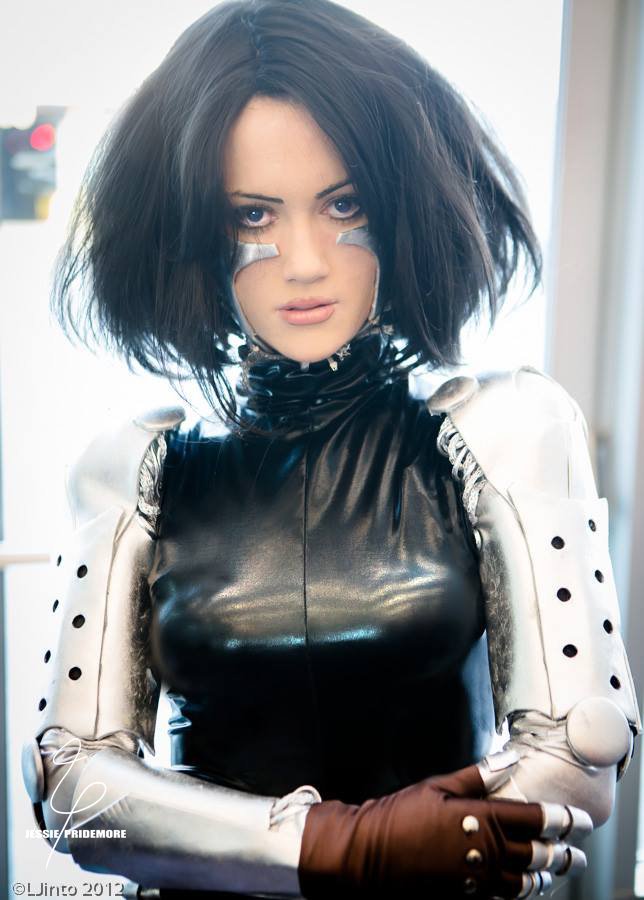 Jessie, formerly RuffleButt, is a 22 year veteran of the diverse and colorful cosplay community. An accomplished and award winning seamstress in their own right, they has served as a cosplay model/builder for some of the biggest companies in the anime and gaming industry, including Blizzard, Obsidian Entertainment, Capcom, Amazon Gaming, Gungho/Grasshopper, Machinima, Ubisoft, Aniplex, EA, Funimation, Bandai, NIS America and others. In 2017, Jessie was a contestant on Syfy's Cosplay Melee and worked with EA and Nerdist to bring you Jedi vs. Sith at Space Camp dressed as Rey! For conventions, they have judged numerous Masquerades, coordinated competitions of all kinds and hosted many panels. Jessie has also had the honor of judging the 2012 Eurocosplay Championship finals in London. They have been featured in an episode of Subcultures as well as videos by Machinima and Nerdist. Early in 2014, they were featured in a Microsoft Windows Phone ad representing cosplay. They model for Gunnar Optiks and many nerdy clothing brands such as We Love Fine, Goldbubble, Elhoffer Designs and Castle Corsetry.

Jessie was also the head costumer at Sypher Arts Studios for the Labyrinth Masquerade Ball. When not costuming, they volunteer their time with CASA LA and The Foster Bunch which are both organizations that aid children in the foster care system. As they grew up in the system, this is something they are really passionate about. 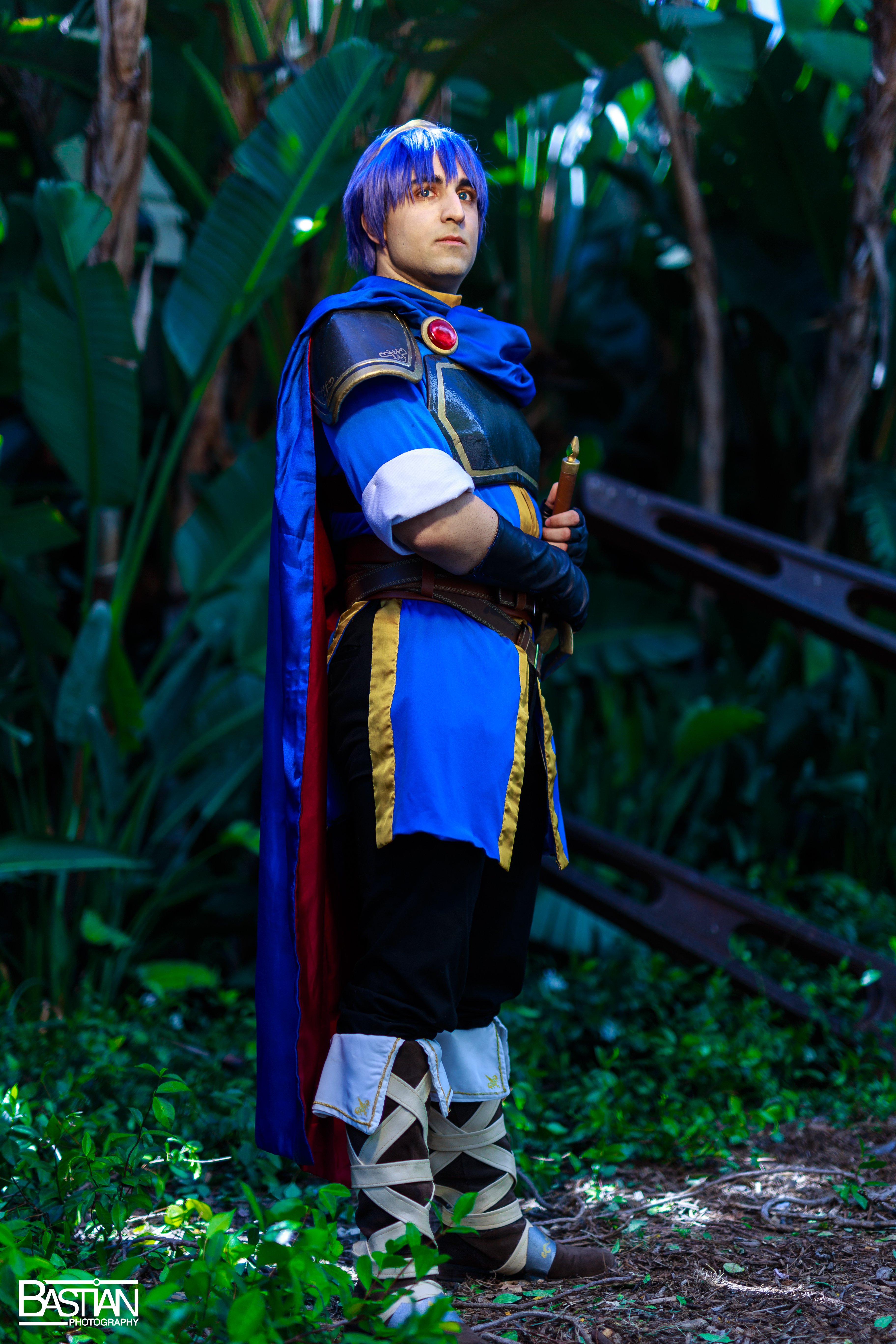 ProfessorSensei (Leon) is a Las Vegas-based cosplayer and software engineer who has been making costumes of his favorite characters since the age of six. As an active member of the anime and cosplay community, he has both competed in and judged several masquerades, as well as coordinated events for many of Las Vegas's anime conventions. He is a founding member of Cosplay Vegas (formerly GamerVsTailor), Las Vegas's first school of cosplay, where he taught students how to make armor and props with thermoplastics, resin, foam, 3D printing, metal, wood, and LEDs. In addition to convention work, he is a member of Critical Care Comics, a charity organization whose members cosplay as superheroes and visit children in hospitals with a primary goal of making them smile... if only for 28 pages. When not in cosplay, he enjoys cooking, developing games, and woodworking. 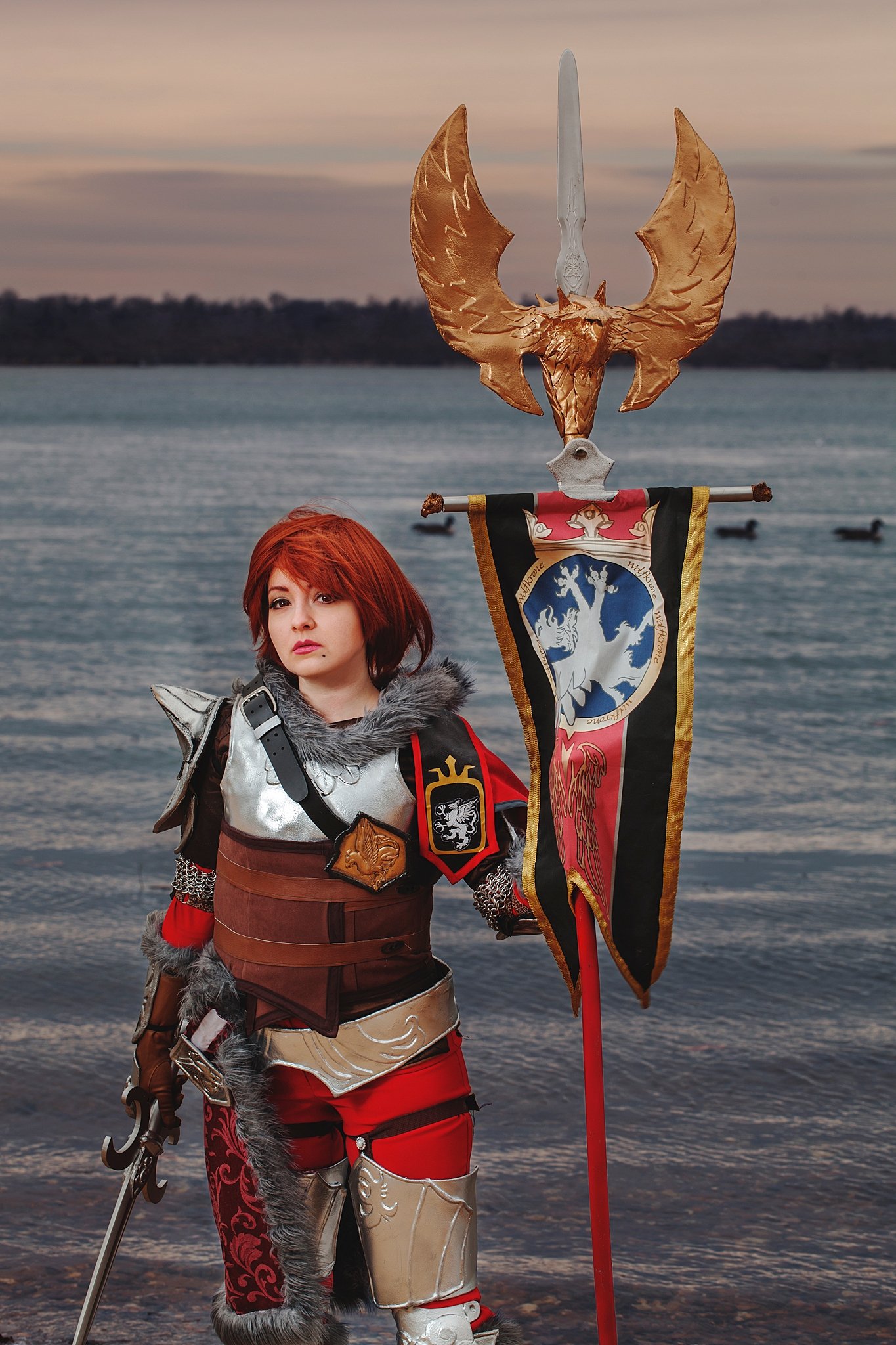 Chiara Scuro has been involved in multiple cosplay events as a performance and craftsmanship judge for  hall costume contests and  masquerades, and as a producer/organizer for several cosplay events and fashion shows. She believes cosplay is for everyone and should be a fun and rewarding hobby. Chiara has collaborated with companies like Arda Wigs, We Love Colors, Costume Supercenter & Marvel Comics, and had work featured on Worbla, Cosmode, Otaku USA, Cosplay Realm Magazine, and Capcom. She’s taught makeup & thermoplastic classes and been fortunate and grateful to accept guest offers for judging and as a panelist at various conventions across the country. Chiara believes in constantly learning and giving back/contributing to support the cosplay community, and has loved seeing the craft grow and evolve. When she’s not glued to a sewing machine you can find her playing Soul Calibur, taking ridiculous photos of her cat, or probably at the nearest Taco Bell.

All participants will be required to sign a permission/release/waiver form to participate in the contest.

Minors under 18 years of age may participate in the Hall Costume Contest only if a permission/release form signed by the minor's legal guardian is provided. We highly encourage you to print out and sign the appropriate form(s) and bring them to your judging time to expedite the process. Please make sure to print out and bring the correct waiver for the day you plan to participate.

We will collect forms when you check in for your judging time. We will have forms on-site but we ask that you please print them out ahead of time and fill them out.

You may only enter the Hall Costume Contest once during the length of the convention.

Q: I'm wearing a costume to Otakon, am I entered in the Hall Costume Contest?

A: No. The Hall Costume Contest is an event at Otakon that you must register to participate in.

Q: I didn't make my costume. Can I still enter the Hall Costume Contest/participate in the Fashion Show?

A: No. You will need to have made at least 85% of your costume on your own. Questions will be asked to verify the authenticity of your craftsmanship. If someone else made the costume, you may still model it, but the contest entrant (and one who will receive the prize) is the designer.
The designer must be present for all aspects of the contest, including the judging sessions and the Fashion Show (if they wish to have the costume appear in the Fashion Show). The only exception to this rule is the Youth category. Youths are permitted to have more help on their costume, although they still must have participated in the direct creation of it, or made at least 65% of it.

Q: Can I enter an original costume/original variant of a character? What about a Gothic & Lolita dress, kimono, or other type of fashion/historical design?

A: Original designs are not permitted because the lack of consistent reference materials makes it nearly impossible to judge accuracy. However, you are encouraged to show off your costumes/fashion in the hallways. Gothic and Lolita will only be permitted if it is a design from an anime or J-drama series, this includes brand designs for anime series, BUT you still need to make 85% of the costume yourself.

Q: What do I need to bring to my judging session? What's recommended?

A: All members of your group, reference art/photos, your badges, and your waivers. We recommend showing up early.

Q: What happens if I'm having a costume meltdown?

A: The judges as well as staff have competed and been in the same situation. We will have emergency hot glue, thread/needles, safety pins, superglue, Wrinkle Release, hair spray, bobby pins, and other emergency supplies!

Q: What can I expect to happen at my judging session?

A: You will check in a few minutes before your judging time. Your photo will be taken and paperwork will be taken care of. You will then meet with the eager judges where you will tell them about how you made your costume. Individuals get five minutes, groups receive ten.

Q: How many people can enter as a Group?

A: As many as you would like but remember the golden rule of groups: You are as strong as your weakest link. A group of two clean, technically perfect costumes will trump a group of ten with half-finished costumes.

Q: How long is a judging session?

A: You have five minutes for individuals, groups have ten. Be concise, enjoy the experience, and make sure you don't leave out any major details.

Q: I just want to walk across the stage, but I don't want to enter the contest. Can I do this?

A: No. The cat walk during the Masquerade is for Hall Costume Contest participants only.

Q: What if I'm late for my judging time because of a completely unforeseen emergency, rather than carelessness or forgetfulness?

A: We will do our best to work with you to get your hard work judged but please keep in mind that appointments are tight and we are all doing our best to get everyone equally served. Communicate with us and let us know (E-mail) if you are running late or have issues and we will do our best!

Q: Do all members of my group need waivers, even if they won't be in the catwalk?

A: Yes, all members of the group must have waivers signed. This includes assistants and people that helped with the construction of the costume.

Q: What is the difference between the Hall Costume Contest and the Masquerade?

Q: I have no awards, what level am I considered?

A: You are going to compete in the Beginner level.

Q: Do you allow World of Warcraft/League of Legends?

A: We do allow MMORGs and Online games such as Overwatch, Heroes of the Storm, World of Warcraft, and League of Legends.  We allow Disney characters that have been in a RELEASED or CONFIRMED appearance in games such as Kingdom Hearts.