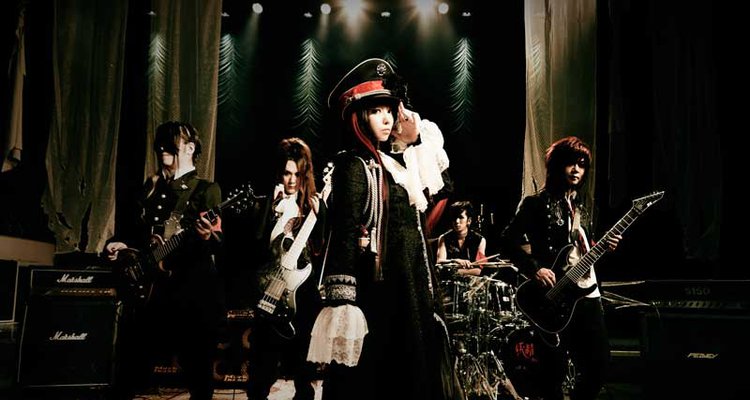 The Anisong World Matsuri at Otakon 2017 in Washington, DC, August 11-13 will feature gothic metal band Yousei Teikoku. The announcement was made via video by T.M.Revolution on behalf of the organizers..

Known for their gothic lolita stylings and unique blend of heavy metal, classical, and techno, the group has more recently begun performing overseas; this will be their first visit to Otakon.

“We wanted another strong female vocalist in the mix. There’s so much energy in their performance and a ton of drama and style.” said Jim Vowles, Department Head of Music Projects.

ABOUT Yousei Teikoku: Yousei Teikoku was founded on the idea that humanity's dwindling belief in fairies must be reversed in order to bring back the purity in people's hearts. It was in year 1997 at Nagoya where the princess of the Fairy Empire, Yui (vocals) first grouped with Takaha Tachibana (guitar) and named themselves “Yousei Teikoku Dai San Gakutai.” Yousei Teikoku is the shortened name. They then scouted three members in Midgard, Nanami (bass), Shiren (guitar), and Gight (drums). The band merges heavy and aggressive rock music with metal, classical and techno. They have performed for many anime, including “Kuusou Mesorogiwi” for Future Diary.

ABOUT ANISONG WORLD MATSURI AT OTAKON: ANISONG WORLD MATSURI is an event made possible through the collective efforts of Japanese companies that focus on animation- related contents.  The event aims to transmit Japan’s Animation/ANISONG culture, and to maximize its value throughout the world.

ANISONG WORLD MATSURI is partnering with Otakorp, Inc. to present headline concerts on Friday and Saturday during Otakon, as well as other events throughout the weekend. Specific concert details, including times, locations, and participating artists, will be announced over the coming months.

ABOUT OTAKON AND OTAKORP, INC.: Now entering its twenty-fourth year, Otakon is an annual celebration of Japanese and East Asian popular culture, and also one of the largest gatherings of fans in the United States. Otakon celebrates popular culture as a gateway to deeper understanding of Asian culture, and has grown along with the enthusiasm for anime, manga, video games, and music from the Far East. Historically, Otakon has drawn up to 34,000 people for three days each year (for a paid attendance of over 100,000 turnstile attendees). Otakon is a membership based convention sponsored by Otakorp, Inc., a Pennsylvania-based, 501(c)3 educational non-profit whose mission is to promote the appreciation of Asian culture, primarily through its media and entertainment. Otakorp, Inc. is directed by an all-volunteer, unpaid staff – we are run by fans, for fans.