Otakon in the News

By Tim Prudente and Lorraine Mirabella
The Baltimore Sun

Cat ears and mermaid fins, Moses robes and the sequined suit of a pro wrestler, a Spanish inquisitor, a spaghetti-western preacher and thousands more, teeming in the whimsical, costumed spectacle of Baltimore's anime convention. Welcome to Otakon, one last time.

"It's a little bittersweet," sighed Frank Holtham, 33, a New Jersey car salesman in a yellow slicker. "The last time I'm going to be here."

The weekend convention is leaving Baltimore after nearly two decades. Organizers, who estimate that 29,000 people came Friday through Sunday, say they've outgrown the Baltimore Convention Center. Next year, Otakon will set up shop in Washington.

Fans flock to Otakon for its last convention in Baltimore

For many people, Otakon has become a tradition in Baltimore, but it's one that, after more than 15 years, will soon be on the move.

Convention attendees take a once-a-year stroll into a different world that comes to life at the Baltimore Convention Center as Otakon, where their passion and imagination help them forge friendships.

"I started coming here 11 years ago, no costume. I had not as much fun as I do in costume now," said Jackie Esposito, who goes by "Spider Gwen."

"When I first started, I was just a basic wolverine costume, leather pants, leather jacket, terrible hair, cat eye contacts. I just didn't take it as seriously as I do now," said Wesley Whitlock, who goes by "Hawkeye."

Ahead of last Otakon in Baltimore, fans reflect on anime convention's legacy

By Brittany Britto
The Baltimore Sun

For the past decade, whether it required a quick drive or a cross-country plane ride, Sarah Fongheiser, 27, has always counted on one trip each year. The destination: the Baltimore Convention Center, for one of the largest anime conventions in the country.

For the former Baltimore resident, Otakon has been more than just an event where she could dress up as her favorite characters for three days straight, indulge in East Asian culture and see some of her favorite musicians perform. It's a place where she has formed some of her most important relationships and memories.

"I met my boyfriend there. I've met all my best friends there. ... It just may as well been Disneyland for me as a teenager," said Fongheiser, who now lives in Anaheim, Calif.

Customer of the Year was presented to the team at Otakon for hosting their annual tradeshow and convention in Baltimore since 1999. They have demonstrated ongoing commitment to Baltimore, bringing more than 27,000 attendees to the city every year, a much-anticipated event by the local community and media. We are honored that they have also selected Baltimore as the host destination through 2016. 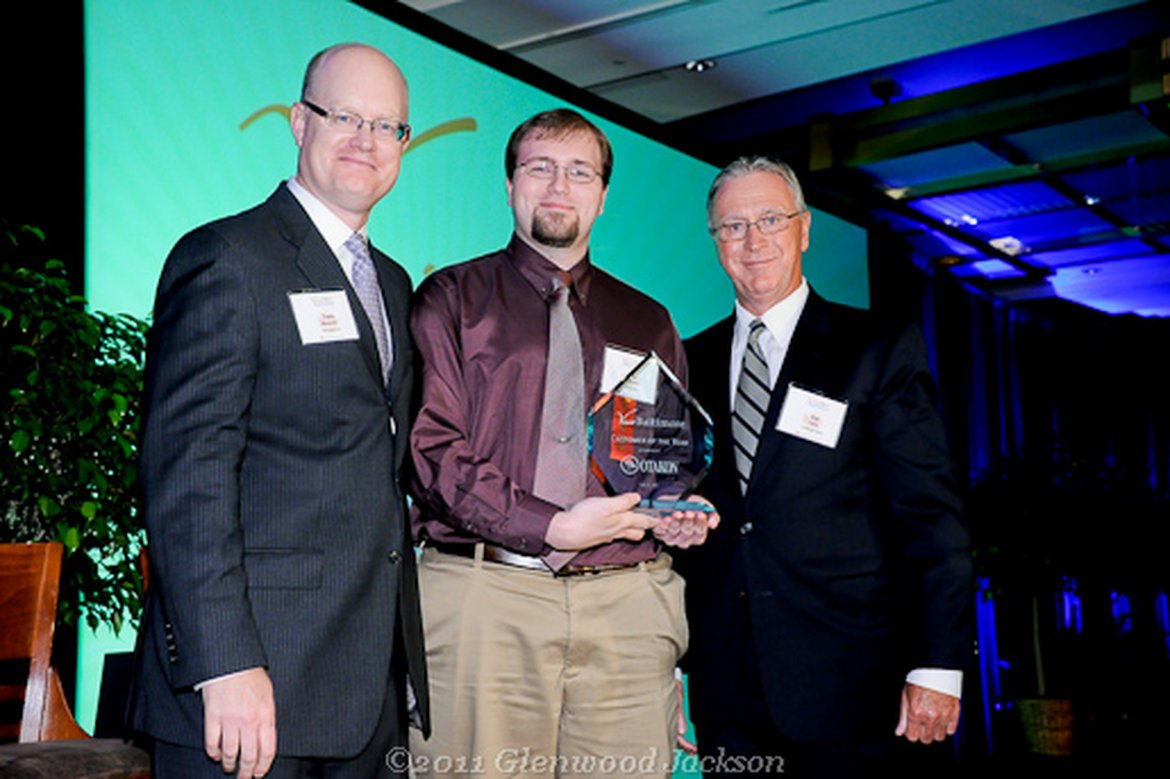